In this article, you will learn how to test Web projects and mobile applications in our company. 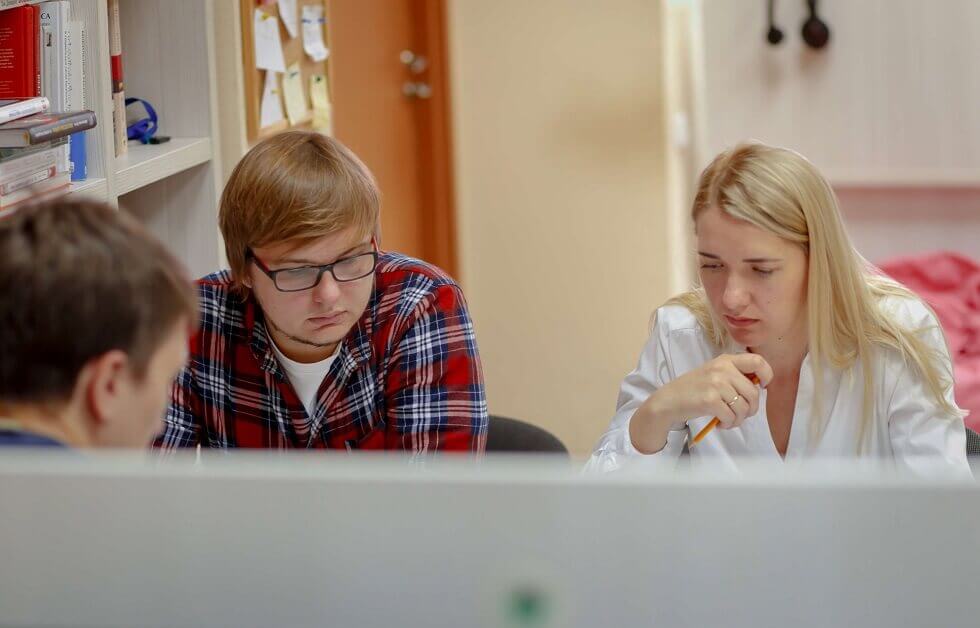 Testing is conducted with the purpose to find program errors (bugs) before the users come across them.

We develop projects on the basis of the SCRUM methodology. The testing process is divided into two stages:

The test automation engineer (quality assessment (QA) engineer) takes part in the sprint together with the developers. The time is allocated for checking the written code and correcting the errors found. It’s important to check the closed task on sprints. If you start to check the project only on completion of the programming (in our company the process lasts for 3-4 months), then you will find many errors. The closure of which can take up to 30-40 % of the development time. Checking the closed areas during the sprint reduces this percentage.

What is the final debugging?

Final debugging is testing all the elements of the system when the development of mobile apps is completed. Our team makes projects with client-server architecture, where exist different elements: back-end, frond-end, mobile clients, API, etc. When all the system entities are synchronized at the end of the project, errors can occur. Testing at the final debugging stage is a key process. Its task is to release a working system, where all elements work in accordance with the Technical Design Assignment.

Who conducts testing and at what stage?

Testing is carried out by the test automation engineer (hereinafter referred to as the QA). The QA is responsible for the quality of the product released. It’s the QA who makes a decision whether the product is ready to be released or not. The Company has established the standards of mobile app and Web project testing. 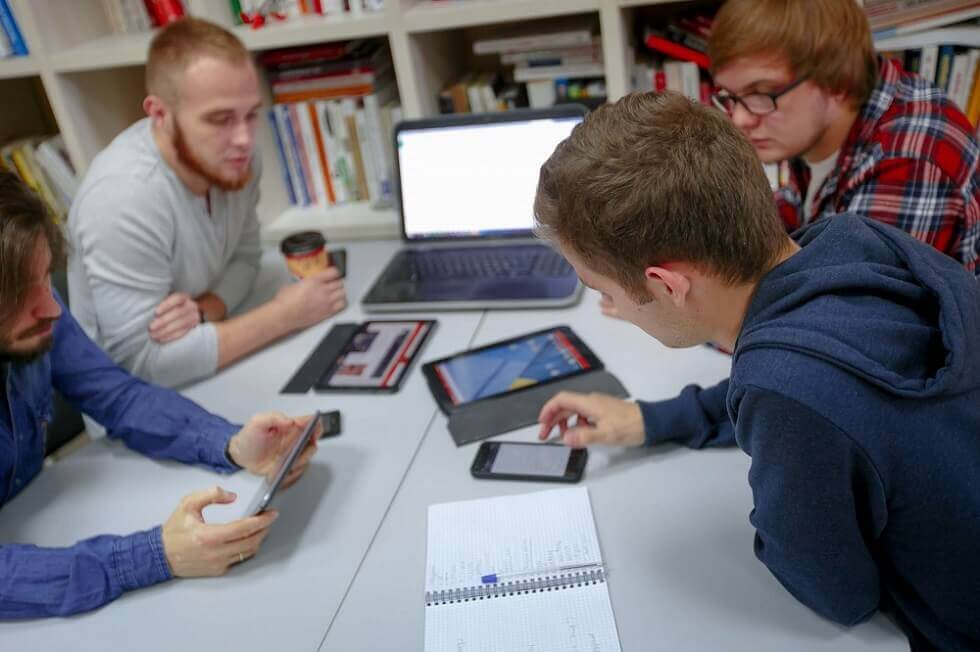 To describe errors we use the bitbucket.org. service. Components of the problem description:

To save time there are certain rules within the team. For example, a bug that has not been played back twice - cannot be placed. If the bug is not created in accordance with the standards, the task may not be accepted.

Depending on the task, the QA specialist chooses the testing type, tools and degree of automation. It’s prepared as a test plan.

The QA chooses the target of testing:

Before the testing starts, the QA prepares a test plan which includes:

After the preparations have been done, the QA embarks on playing back of the test cases described in the approved test plan.

Here is a sample of it:

What do we check for the Web projects?

As well as other parameters.

What do we check for the mobile applications?

Requirements for preparation of the test plan

The QA prepares a complete test plan after the development has been finished, at the stage of preparing it for a complete testing of the project. The document shall describe the following points:

The plan includes the following points: 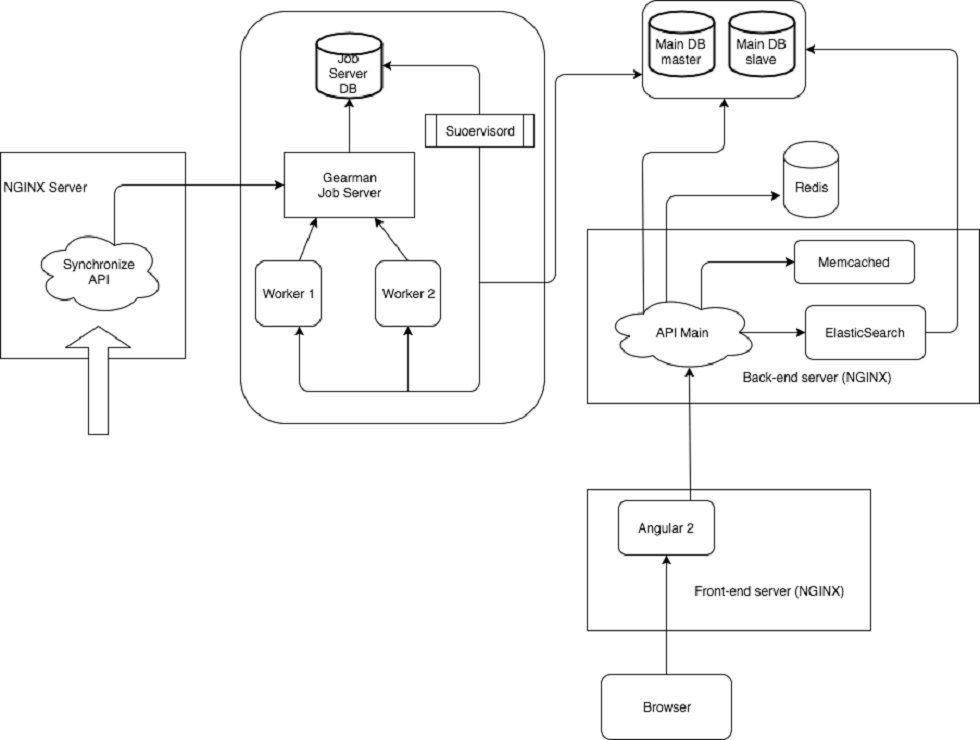 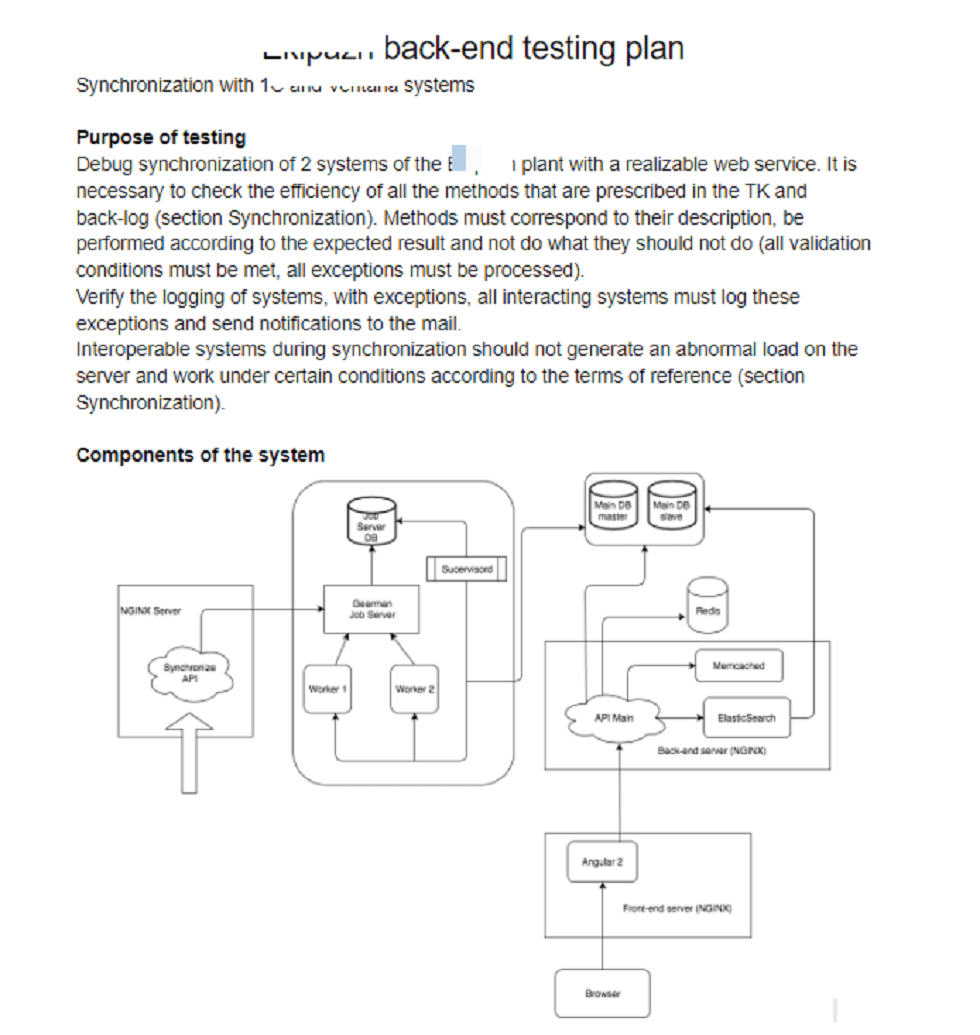 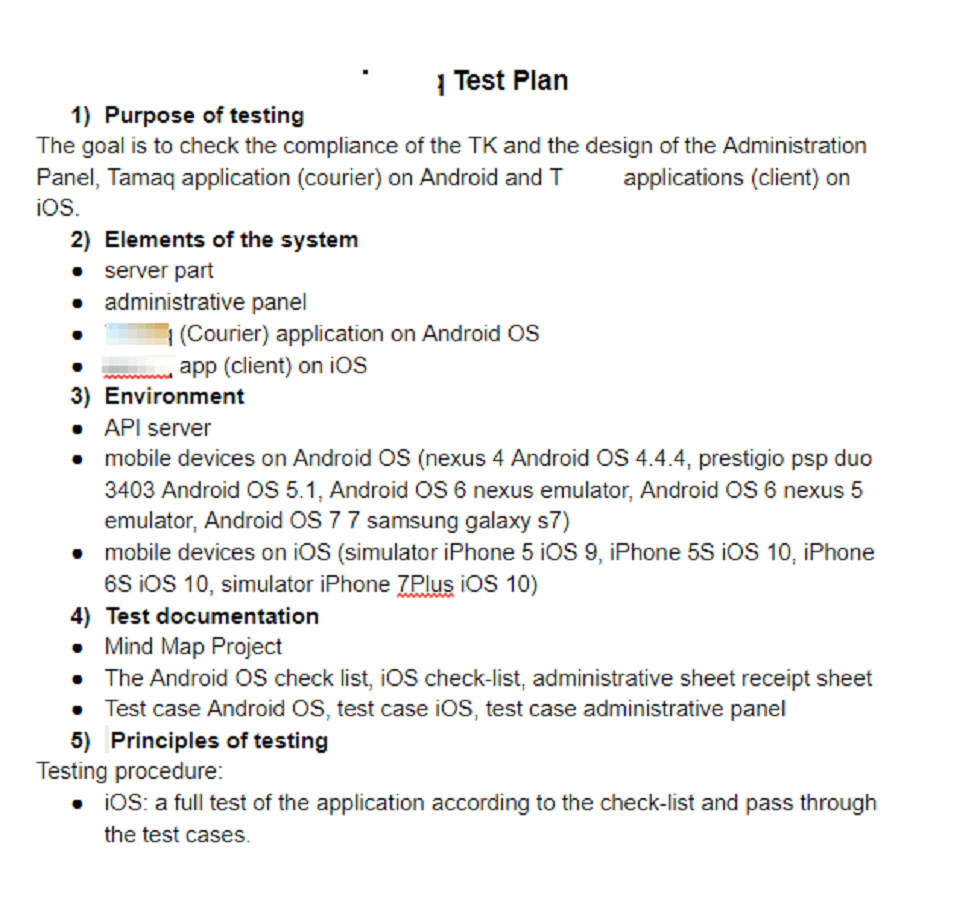 Report on the test result data

After the testing has been completed, a report is drawn up. 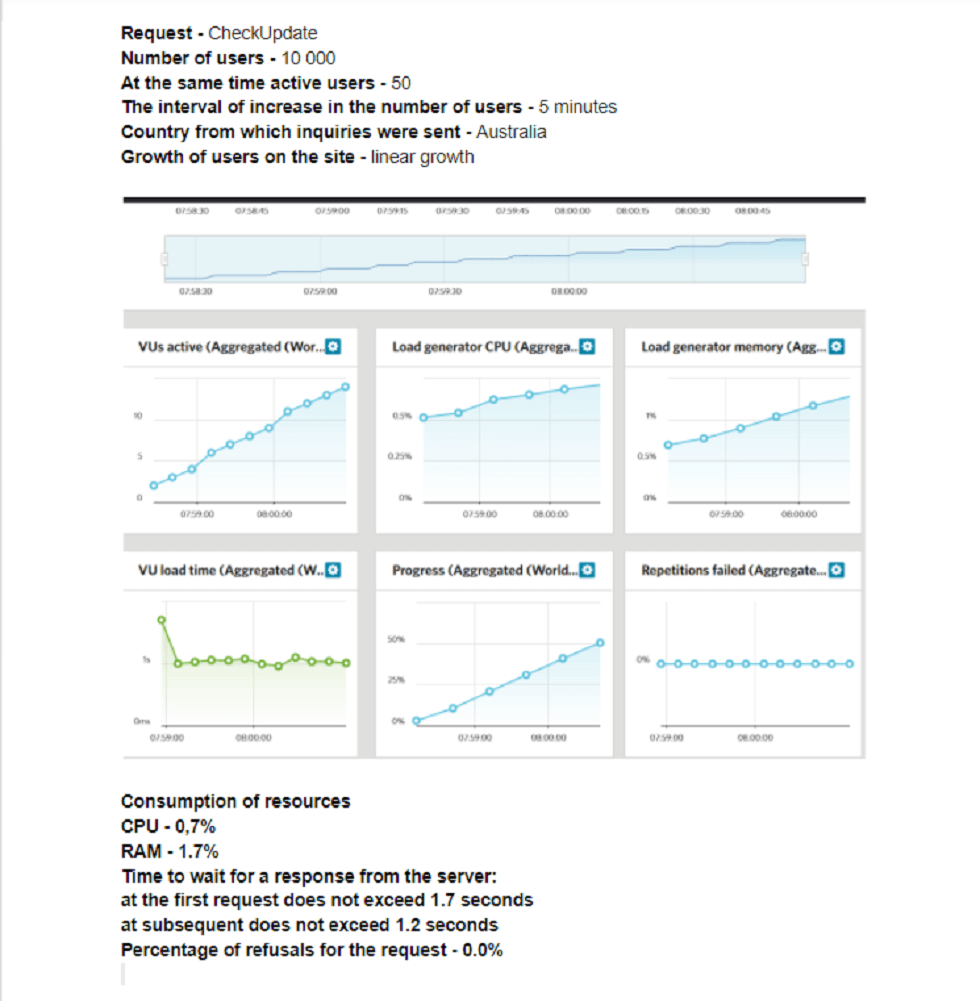 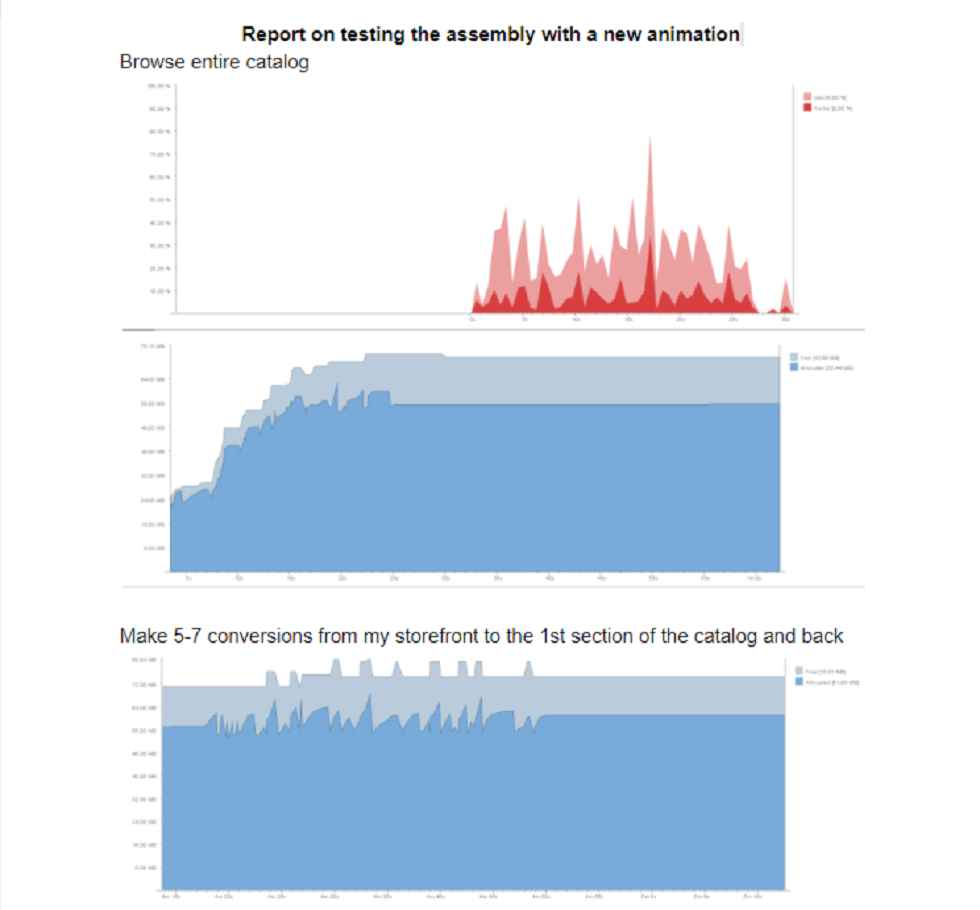 There exist three servers in the project:

The developer works and introduces corrections to the dev server. The QA conducts testing on the test server.

The testing process is inextricably linked with the development. In this article, we did not talk about testing automation and tools that speed up testing.

Checking tasks during the sprint, final debugging, drawing up a test plan, choosing the right type of testing and tools are the elements of successful project implementation.