What should beginners know before the start of mobile app development?

The article provides answers to the questions frequently asked before the start of mobile app development. Which platform should be used first? Which analytics systems to build in? And a lot more.

Which application should be started up first – Android or iOS?

The one that is closer to your audience.

The number of devices in the region of launching can be taken into account (for example, in Denmark they use 70 % of iOS platforms, in Kazakhstan there are 65 % of Android-based applications), as well as difficulty in the development and even the well-being of the target audience.

For example, one cleaning company developed iOS appp for the clients and Android app for the staff members.

The logic is simple: the customers who can order cleaning of the flat don’t buy Android mobiles and the employees of the cleaning companies don’t have iPhones.

Within the period of last year the development of Android-based apps was selected first due to several reasons:

Which analytics systems to build in?

We recommend starting with the free ones. They are Google Analytics, Firebase (from Google).

The most used paid analytics systems are the following: amplitude.com, mixpanel.com, localytics.com (all of them have an evaluation period which is free of charge).

How to test the app with real users before the release? 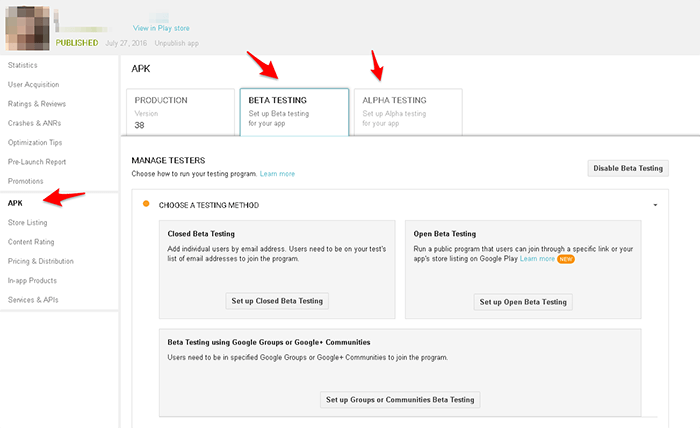 There is a nice bonus: when sending an app for alpha- or beta-testing, Google Play conducts its automatic testing using “alive” devices. The report appears in the Google Play console.

The tools for iOS are worse, you can use TestFlight. In order to provide access to the app you should know the user’s email.

What is better: nativeness or cross-platform?

How to know if the app has bottlenecks?

It’s necessary to build in one of the services for error monitoring. We use fabric.io (former Crashlytics).

Errors from the apps, in one form or another, are sent in by almost all the analytics systems. Errors can be found in the Google Play console.

What parameters should be focused on?

It’s individual for every project. In general, the indicators answer the question of how much we earn, how much we spend on attracting users and in what way users use the app: 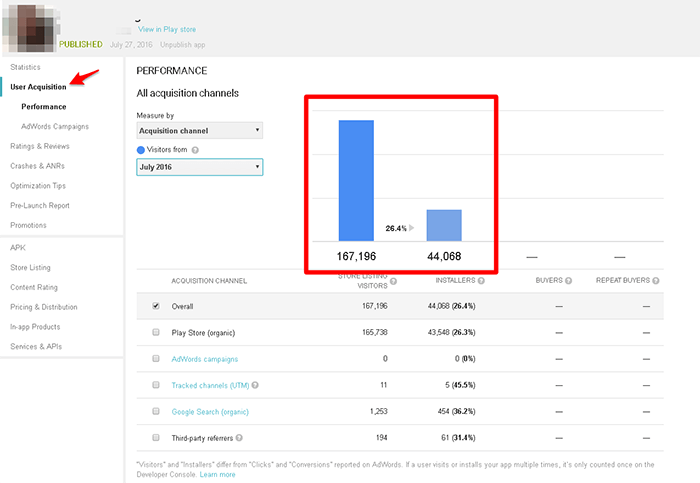 Google Play provides a possibility to see the statistics of the page viewing for the countries and installation sources.

Ability to give feedback to the app comments

Google Play has such ability, but Apple iTunes Connect doesn’t have it.

What is necessary to build in the app in order not to miss something important?

Feedback right from the app

It’s recommended to embed a feedback option in the app. Many users make complaints or send their offers.

If there is no special form provided, these complaints will be in the reviews at the market.

Ability to place a rating for the app

This way the positive marks are collected at the market and the complaints go to the developer’s mail.

A/B tests are expensive for mobile apps because you have to create 2-3 different realizations, to release them (it takes time for iOS). Then you shall analyze the results, interpret them correctly and leave the right variant. Customers seldom agree to have A/B testing for the mobile development due to the complexity of the process.

There exist special services for A/B tests like Splitmetriсs.

The Google Play console has a tool for А/В testing of description and graphics of the app.

If you want to know which icon or which screenshot of the app works better, you can make several variants for testing. 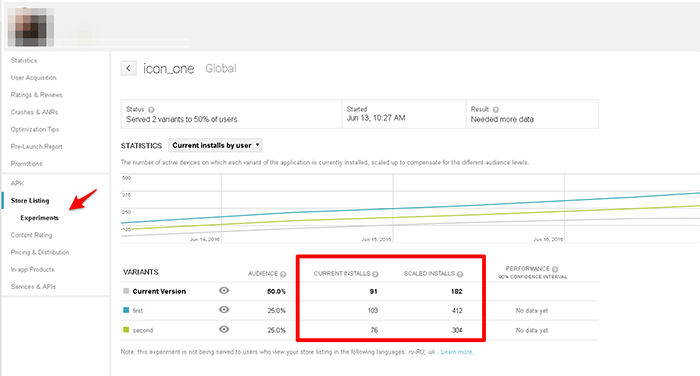 How often can I update the description and screenshots at the markets?

For Android you can change everything (the name, the description, the icon, the screenshots) without publishing a new version of the app. The changes will appear within 2 hours.

For iOS, without publishing a new version of the app, you can only change the text of app description and the “What’s new?” field. All the rest can be changed only with a new version.

If you want to send push notifications to your users, you should embed this ability at the stage of development.

Compliance with the rules for the developers

You can read the rules of Google Play here.

What shall be taken into account when publishing the app?

Pay attention to the graphics for publishing on the stores. They are the screenshots, the icon and the advert images. We won’t describe the entire process, but you should bear in mind several nuances.

For this purpose use the following:

Search engine optimization at the markets

This is the work with the name, the key words and the description (for Google Play). The cost of works depends on the price of the specialist who performs them.

Google Play has a lot in common with the website promotion. For example, bringing of the key words to the top of search results. In case the optimization has been performed professionally, you get free search engine traffic.

How to know how much my competitors spend on mobile app promotion?

There are services which analyze the advertising campaigns of the competitors like serpstat.com.

To analyze your competitors use the following resources:

In case you have any questions which are left unanswered, send them to the email: [email protected]​